Click on your preferred session time. This will take you through a seat selection process which enables you to select your own seats.

For this service there is outside charges.

Please present your credit card used to make the booking when picking up your tickets from the front counter or the confirmation/booking number given.

For any scheduled movie or live show, seat reservations available for all sessions – choose you own seat at the counter or by booking live online.

Advance sales generally available from Tuesday each week for the week beginning Thursday.

The Regent Theatre Greymouth opened in February 1935. Construction started in 1933 on the site formerly occupied by a merchants warehouse It was the latest addition to the JC Williamson Picture Corporation’s chain of theatres that extended from Whangarei to Invercargill. Constructed of steel and reinforced concrete, it claimed to be absolutely earthquake resisting. In an article in the Grey Star from February 1935 it states “In the event of a tremor making itself felt, patrons may “sit tight” with confidence that the walls will not come tumbling about their ears. The architect, Mr Llewellyn Williams, of Wellington has had special experience in this type of construction, having recently been responsible for the design of several new theatres in Napier and Hastings”. Westland Theatres Ltd were the owners of the building and was leased to JC Williamson Picture Corporation. The interior of the theatre was decorated by Mr H Dreyfeldt of Wellington and of special note was the carpet supplied by Ballantynes of Christchurch.

The John Burns store was added shortly after construction.

Kerridge Odeon owned other venues in Greymouth, which included the Opera House. In the mid 1950’s new projection for movies were introduced and eventually the medium arrived in new Zealand. Cinemascope and Wide screen could not fit into the Opera House because of stage width problems. The Regent was on the list to have its new screen and projectors, but at that time Amalgamated theatres were the only ones changing to ‘scope’ and as they did not have a theatre on the coast; it seemed the coast would miss out. At that time the Regent Hokitika was screening Cinemascope to many people and a large number from Greymouth. About six months later the Opera House got a new screen to show Cinemascope movies. When it was destroyed by fire on Sunday feb 9th 1958, it was replaced with the St James.

In the meantime while the new St James was being built, cinema was reintroduced back to the Regent. The first movie to screen under the new policy was “High Society” which starred the late Grace Kelly.

The Greymouth operatic Society was formed in 1945, and they have used the Regent theatre for many successful performances.

The Regent continued to have good patronage through until at least the late sixties. Locals saw the Regent as having “Class” with an option of “de-luxe seating” (two front rows of the circle were slightly dearer than the ordinary circle seats) Many locals had permanent reserves, that is the same seat in the same row every Friday and Saturday night for years. In the 1950’s and 1960’s dances were held after the movies. Movies were even shown on Sunday after 8.30pm after church services were over.

In 1972 the theatre was sold to Matai Industries, who gutted the interior and the building was used as a metal ware factory.

The West Coast Theatre Trust was formed to purchase the Regent Theatre building in 1975 after the failure of Matai Industries – after much unsuccessful lobbying of the Borough council, purchase price of $42,250 was raised.

When the Trust purchased the building, Kerridge were still running movies at the St James Cinema and a caveat was in place that no movies could be screened for twenty years.

The theatre was used for live shows from 1975, with the first show being the Greymouth Operatic Societies production of “Oliver”.

The Public Relations Office moved into the building in 1975 and an ongoing relationship was formed.

In the ensuing years redevelopment was undertaken of the Foyer, Regency Room and the Trowbridge room was built.

The St James closed in 1987, and the Regent Theatre again screened movies fulltime from the 17th December. Redevelopment & improvements to the facilities have been ongoing, including new projectors, seats and screens.

In 2010 the Trust embarked on a redevelopment project for the Theatre, this included two purpose built cinemas, which open December 2010.

2014 seen a new feature for the Regent with the McBride's opening Ferrari's Lounge Bar in the foyer, taking over from the space vacated by the Greymouth i Site. The theatre has continued strong growth under the current management with many live shows, school performances and of course the latest blockbuster films all proving to be popular. 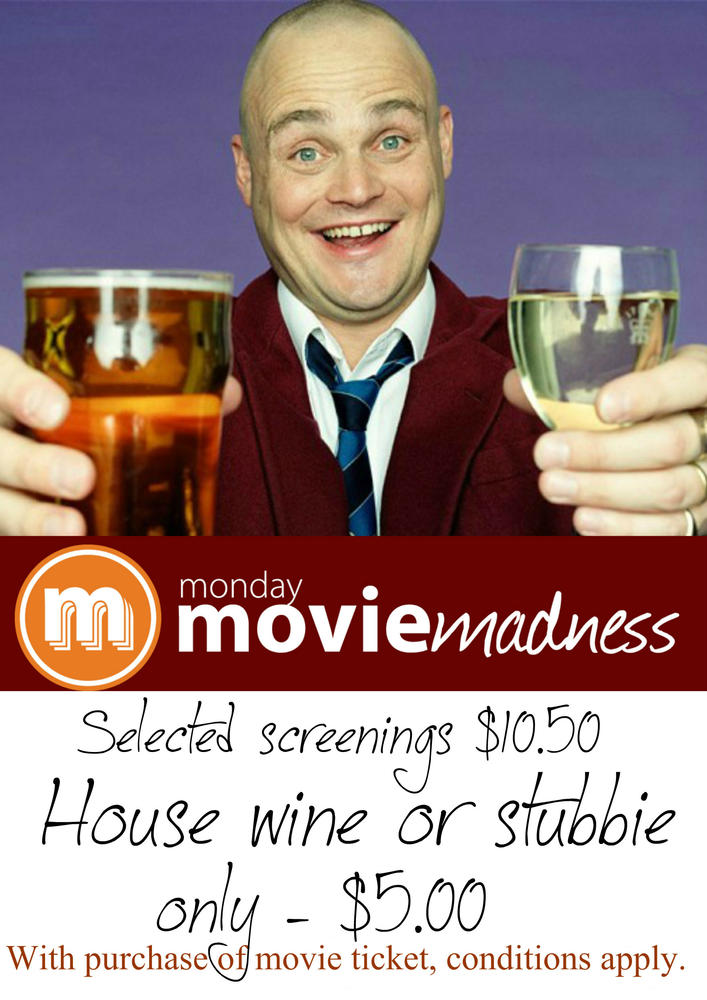